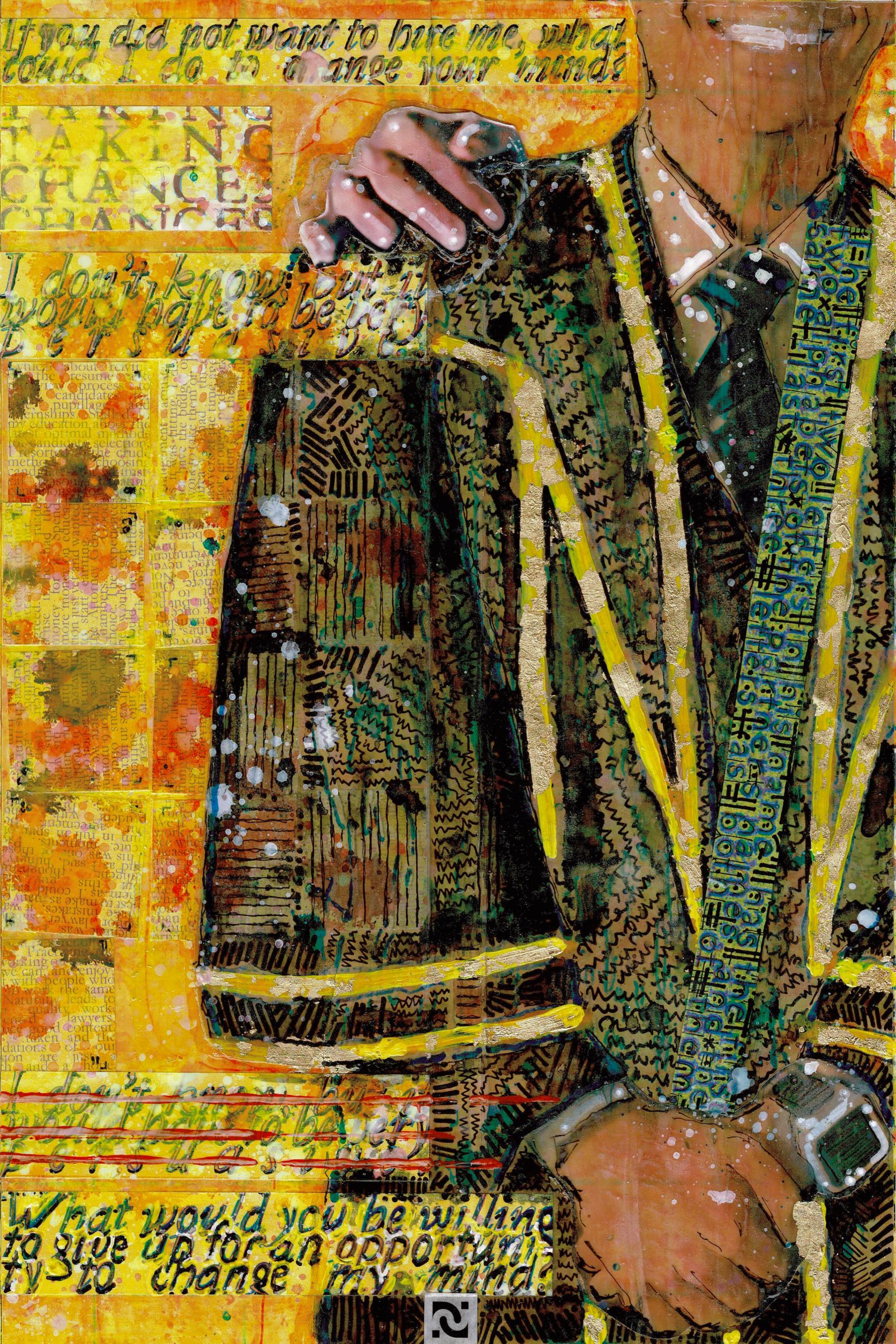 A second year law student once asked me in an email interview, If you did not want to hire me, what could I do to change your mind? That question ended up proving interesting in the answering.

I immediately typed, I don’t know, but it would have to be very persuasive.

I was about to leave it at that when suddenly the answer stole upon me; it was my own lawyer, Ameerul Aizat, who answered that question a few years ago. His ending up a lawyer in my firm is an interesting story that I enjoy recounting, particularly when citing an example of passion and sacrifice for the sake of learning and experience.

The backdrop to our first encounter took place sometime in 2015 when I was cynical about relying on the resume and interview process to select candidates for hire, pupilage and internships. As I had stalled in my education about the latest optimal methods for candidate selection, I resorted to the crude method of choosing candidates for whimsical reasons.

So when Aizat sent his application to the firm, I immediately took him on. The reason for that was his name. I had not even read his resume and cover letter. I only read it after I accepted his offer. The logic for taking him on went like this: the firm is Azzat & Izzat; his name is Aizat; the first two letters in his name has the first two alphabets of the partner’s names and the same last three letters as both of them; therefore, it is fitting he should pupil with us. I know some may think this akin to insanity, but I’d like to think of it as creating conditions for serendipity.

He wrote back to ask if there was an interview. I replied there was none. He was simply to report for work on the date I told him. Because there were already two pupils under me at the time, he had my father, Azzat, initially as his master. I found that arrangement amusing as it was fitting. Aizat later followed me (as a pupil) over to my firm when I set it up in 2016 and also took over as his master. So he is the first ever pupil of mine to have had my father and myself as his Master.

When he first joined me, I told him and the other pupil of mine, Mohd Fitri, that I would not be retaining them. I explained to them I did not have the budget or work to take them on. I already had three lawyers at the time and not enough paid work or clients for them at the time. I had no room at all for a fourth lawyer. It was in this nascent environment that Aizat completed his pupillage with me, sometime at the end of April 2016, four months after I set up the firm.

I think it may have been in his last week that Aizat asked me out for a teh tarik at Restoran Al-Madina, our nearby mamak, for a chat and to hear my thoughts about some of the options he was considering after his call to the bar.

After a few sips of our tea, Aizat launched into the options available to him. He began by telling me he considered doing a Masters, as his then-fiancée-now-wife was contemplating studying for a post-graduate degree overseas; he was not averse to doing one to accompany her.

I agreed. That made sense if he had the money for it, I replied.

But he did not want to spend more money on education just yet and wanted to start earning, he explained. So he thought perhaps he should join the Attorney General’s Chambers; he said he had some friends there.

I remember saying this was a good choice. The experience he would get there would be different from the private sector side; he would learn the government side of things, and later could translate that to practice once he left government. Having friends there would make acclimatising easier and quicker.

But he did not want to be posted elsewhere and that was out of his control; plus he was not ready for a large, never mind, government organization. He said he thought about private practice and applying to a small legal firm.

That, too, was good idea. I have always felt being a private practitioner gives one plenty of room to try out other things, aside from legal practice. I mean that in a proper and productive way, of course.

But he wanted to be assured the flexibility of being able to practice criminal as well as have the opportunity to practice in a diversity of areas open to him as well.

He finally arrived to the point I had by then realized he was leading up to. He said he had an offer he would like me to consider in taking him on as a legal assistant. He said we could agree on a wage but I would pay only what I could afford. If the firm wasn’t doing well enough, I was to let him know and he would voluntarily leave; I could pay him back when I came into sufficient funds. It was an incredibly generous offer it stood. But there was more.

How long is this deal supposed to be? I asked. A year, came his reply to which I thought him quite mad. He said he had already talked it over with his parents who agreed to support him during that time. I told him that a year is a long time and not fair to him. I said, let’s try for 6 months and see where we get. We agreed I would pay him a fraction of his full wage for 6 months. If I could pay him the unpaid portion of his wages after 6 months, we would continue working together.

What came through loud and clear from his incredibly generous offer was his firm belief my fetal firm was a fertile field for him to grow his talents. He seem convinced that he expected to learn something worthwhile with me. Above all, he was willing to ‘go hungry’ for that experience. I have a lot of respect for that kind of attitude, a lot; because that’s my attitude. I had a favourable opinion of his work and abilities by then and thought he was one with good potential. But his boldness and thoughtful offer convinced me he was not just someone who thought differently but someone worth taking a risk on and investing in.

We shook hands on that and proceeded. I was told by many acquaintances that I was insane to have that many lawyers given how nascent my firm and pool of clientele was. I had a senior lawyer subtly tell me he never had more than two lawyers under him, ever. After hearing all that, I grew less confident about my decision. I reassured myself that if I was going to make mistakes, it was best to make as many of them as I could early.

When it came to the end of the first month of Aizat’s employment as a lawyer, I saw how vastly different I would pay him compared to the other lawyers and felt just awful about it. If he was lazy and recalcitrant, I wouldn’t feel so bad and even have an excuse. But this guy was diligent, thoughtful and as I said, ‘hungry’. This was one of those acute moments where I felt I was faced between the choice of following how I felt – pay him in full in spite of our agreement – as opposed to how I thought, be prudent with the finances – pay as we agreed.

After much hand wringing, I broke our agreement and paid him his full wages, prudence be damned. We’ll all just have to work a little harder and see where we get! I was pleased with myself after that. It felt right even it had that faint lingering after sense of ‘what the hell am I doing?’ about it.

Soon after that, Aizat asked to speak with me. I think there is a mistake. You overpaid me, he said. No. I didn’t, I replied. I am paying you what I should be paying you. But can you manage? he asked. We will, I replied, more out of hope than conviction.

And we did; and continue to do so. Aizat is close to his sixth year of practice this year and we continue to practice together. He stayed on after the other two lawyers left, and now only him and his colleague, Asim Ng, remain. Aizat and I were called together on the same day as Syarie Counsels for Wilayah Persekutuan in June 2018 and moved by our then firm colleague, Farhan Haziq.

Since joining us, it has been a privilege and a pleasure to work with Aizat and watch him grow from strength to strength in a diversity of areas. He is a diligent, versatile, organized, intelligent and an efficient lawyer relentlessly gaining competency in areas of law that interest him. We have a lot of fun discussing legal issues, working on cases and testing out arguments we discuss. I am pleased and grateful we both took a chance on each other and have mutually gained from it. He is a happy occasion of serendipity for me.

To me, that’s what practice should be about – practicing the law, working on cases as best we can, and enjoying it with people who want to work the same way; that naturally leads to better quality work. Contented lawyers, produce good content. But, to get there we have to take risks even if it cannot be justified for at the time that risk is taken and the foundations of our decision are just a hunch and a hope.

So now my answer to the question If you did not want to hire me, what could I do to change your mind? would be another question: What would you be willing to give up for an opportunity to change my mind?