Hasan Ali and Me | Part One 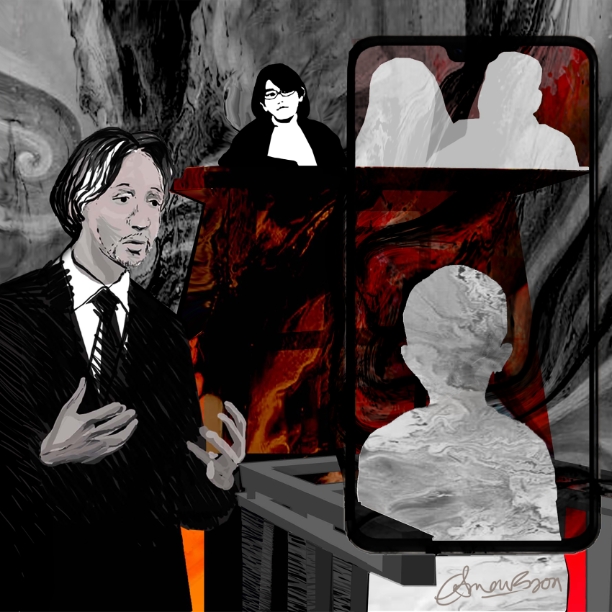 Many years ago when I was a young lawyer taking up criminal cases from the Bar Council Legal Aid Centre (Kuala Lumpur) (“LACKL”), I came across a case that affected me deeply. It is likely to have occurred around my fifth year of practice.

It involved a 12 year old Malay boy. I forgot his name but not his circumstance. He was arrested for theft at a café of an expensive mobile phone owned by a foreigner. The retail price of the special edition mobile phone was a few thousand ringgit. He swiped it at a café shop while the owner was not looking but was caught several paces into his escape. When I first read the facts I remember thinking to myself, What a ridiculous sum to pay for a mobile phone! Nowadays such prices for phones are commonplace.

Unlike thieves of greater ambition, this boy was caught and sentenced to Henry Gurney until the age of 18 by the juvenile court. I was appointed to conduct his appeal in the High Court against the juvenile court’s sentence  He did not dispute his conviction, just his sentence. He was the ‘honest’ sort of criminal – he commits the offence but when caught, confesses immediately.

I thought the sentence harsh but understood why. The first reason was him committing the offence while he was serving a probation order for his first offence; a face palm incident. Breaching a probation order is an invitation for detention for a juvenile. His second reason was his second offence was the same as his first – theft. The court frowns upon serial offenders; your first gets you a pass, but the next is incarceration of your ass.

Until then I had heard about Henry Gurney schools but never had any reason to know about it deeper. I did not often conduct juvenile criminal cases. When I heard about his sentence I started researching about Henry Gurney schools, or other juvenile government detention facilities. Let me just say that after doing so, I was resolved that my client should not be sent there and to do my best to convince the High Court judge so.

I cast about someone who could testify about the state of those schools and centres in court and suggest alternatives. I came across a well known educationist. She was recommended to me by a friend and proved a friendly, willing, and helpful witness. I was very pleased with this because I did not know how else I was going to demonstrate how unsuitable those schools were for reform. But even though her evidence was valuable, her participation only solved half the problem for the client.

The next issue was where should he be sent to? That was a bigger problem. The educationist recommended a private facility for troubled children instead. That was not going to happen because the government was not going to pay for it. Why should it when it had its own detention and reform facilities for juveniles? The only decent option were the parents. After calling them up and laying out the options on the phone, they said they were prepared to take him back and watch over him. I secured my client’s parents and the educationist’s attendance for the hearing date and headed in with fingers crossed.

On the sentencing hearing day I kicked off strongly with the educationist giving excellent testimony for us. She was eloquent, knowledgeable and fielded the judge’s questions well. I was hopeful about persuading the judge to avoid Henry Gurney. Next up were the parents. I was concerned they could not persuade the judge of their ability to properly supervise my client, their son. I had not met them prior to the hearing; just one conversation over the phone to persuade them to attend the hearing and take responsibility for my client.

The following is a reenactment of the conversation as I recall it, imperfectly. The exchange was originally in Malay. It takes place after the parents were both sworn in by the court. I was seated at the bar table but close to the dock. My client sat just outside the dock and within arm’s length of me. When his parents appeared before the judge they stood side by side closer to the bench, so they had their backs to my client. He could hear the exchange.

“I am a petty trader in Kuala Lumpur.”

“Do you know why you are here today?”

“Your son has committed theft again. He breached his probation order. Last time also it was theft. His lawyer is asking me not to send him to Henry Gurney. He is suggesting I release him back to you. He says you promise to seriously take responsibility for him this time. I asked both of you to come here today because I want to hear directly from you whether you can do this. Wanting to take care of him is one thing, but whether you have the means to do this is another. So I want to hear from each of you individually. Whoever is ready may speak first.”

After a moment’s pause, the mother went first.

“Yang Arif, I hope you do not think ill of me but after I thought further about it and I am okay with sending him to Henry Gurney. I cannot take care of him. He does not listen to me. When I scold him, he runs out of the house or talks back to me. I don’t know where he goes. He comes back when he wants. I told him already to be careful after the first offence. I warned him and reminded him to stay away from his friends. These are the same ones that got him into trouble the first time also. I am sad about this but maybe this is his fate. Yang Arif, he is my eleventh child out of twelve. There are too many of them and I cannot control them.”

My heart sank at that. There went my efforts, I thought. I wondered how my client felt at having heard his mom say that of him, in court, before a judge no less. I turned to look at him but he seemed to be staring into some space of his own.

“So what do you do during the day?”

“I do part time work here and there because my husband’s income is not enough, Yang Arif. I do some sewing, babysitting, cooking, cleaning, whatever so long as it pays. I work everyday. On average, maybe about RM 300 – RM 400 per month.”

“How much does your husband earn?”

“Anything else you want to say?”

The judge then turned to the father.

“Yang Arif, I will take responsibility for him. I know we didn’t do very well the first time. I am very sorry for that. My son can be wilful sometimes. Perhaps he is not suited for school education. If Yang Arif, gives me responsibility over him, I will take him to help me trade. Maybe that is what I should have done after the first time. I promise to make this work, Yang Arif. He is not a bad boy. It is his friends that are not a good influence on him. I believe if he is away from them he will turn a new leaf.”

“Is what your wife said about your finances true?”

“I sell shirts, shoes, bags at Chow Kit, Yang Arif. I have a stall.”

I prayed the judge would not ask what sort. It would not help our case.

“Who else works with you?”

“Anything else you want to say?”

“Please afford us this last chance, Yang Arif. I promise to do my best, Yang Arif. Thank you.”

The court discharged the parents and then turned to submissions.

“Well counsel, I have heard the evidence and while I am inclined to agree with you that your client should not be sent to Henry Gurney but the question is where do we send him?”

“I understand, My Lady. I confess, having heard his parents, I do not feel confident about them either.”

“Precisely. The mother agrees with the sentence. I doubt the father has the means to keep this young man in check. I have little doubt in the truth of his mother’s complaints. That rules them out. You can also rule out private detention facilities. That brings us back to Henry Gurney. But you do not want that.”

“Or how about this, Encik Fahri, I release him into your custody on a bond of good behaviour for two years? I am prepared to do that. You take responsibility for him. How about that? I am asking seriously.”

I was stunned at the proposal and a little unsure of how serious she was. Quickly running it through my mind, I warmed up to the idea, but appreciated that I was not in a financial and facilities position at that moment to offer the boy a place to stay, never mind, taking care of his education, food, and everything else.

“As much as I would like to give it a shot, I am not ready for something like that right now, Yang Arif.”

“Well, that’s it then. You see how difficult it is to place him, counsel? You tried your best but I am afraid the situation is against you. His error was committing his second offence and so breaching the probation order and the law is clear on that. Having heard his mother, I am fortified the sentence is appropriate. I dismiss the appeal and confirm the juvenile court’s sentence. I hope he turns over a new leaf during his time there. Court is adjourned.”

The hearing was heartbreaking. I wondered at the psychological impact and consequence on my client having heard what his mom said about him. I was not called upon thereafter. I don’t know whether he appealed after that. Like many of my legal aid clients, they fade away from my life once the case is over. I rarely come across them again.

From that day onwards, I hatched and planned a personal project: the second chance initiative. It would set me up towards reacting better to a situation like that. Next time a judge gave me such an opportunity and I felt the chap deserving, I would take him on and have the means to do so. The idea was to give these deserving people a meaningful second shot or lease on life; to help them build their fishing rod of life instead of feeding them fish.

It was this second initiative project and my drive to realize it that led me to Hasan Ali.