Agong’s Counsel | From the Atelier 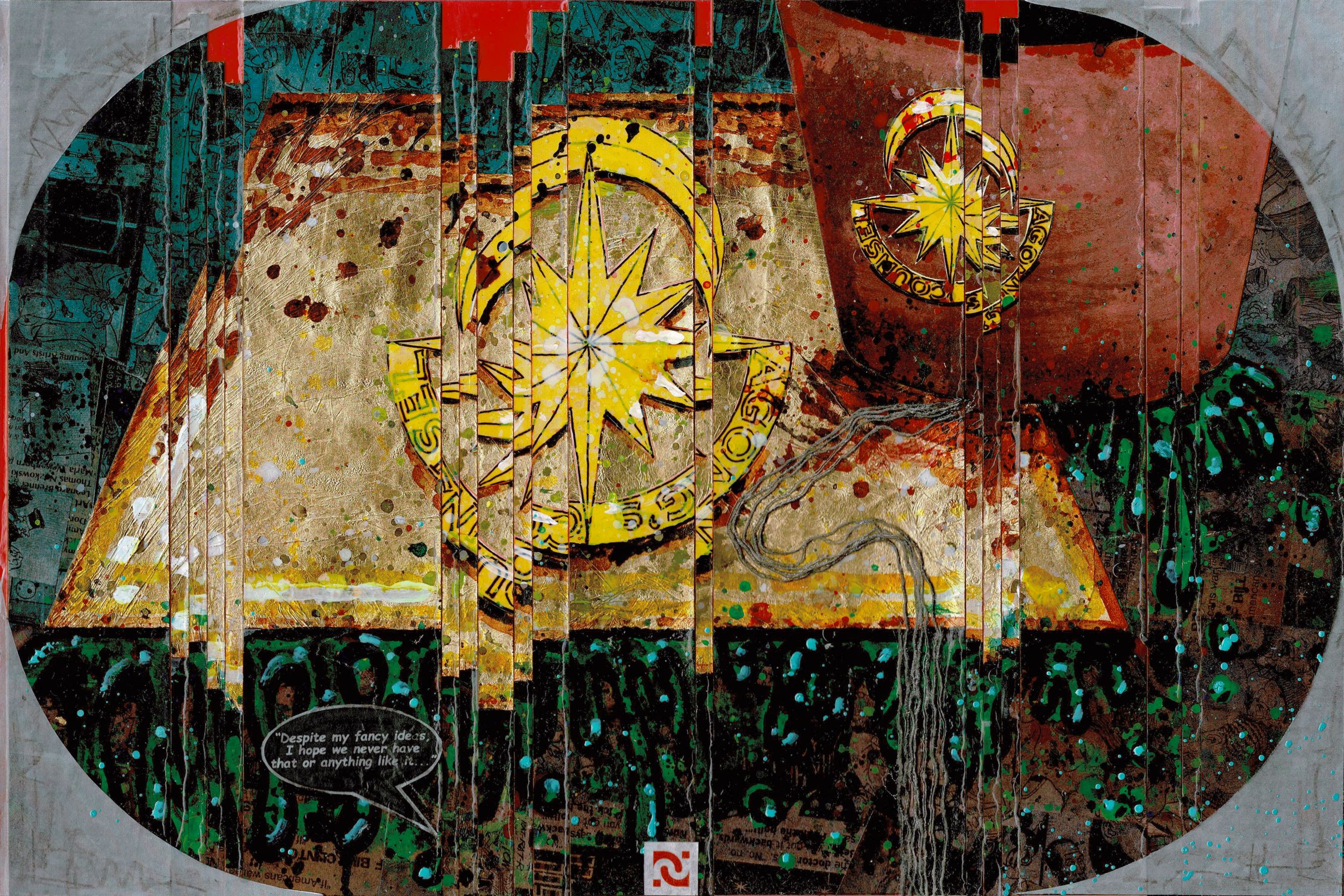 Hafiz Hajeedar said this essay was challenging for him because he didn’t quite understand where I was going with my essay – seemingly advancing arguments in favour of an Agong Counsel before decimating the idea in the second half. My humour proved the challenge for him – a feeling no doubt familiar to those who know me.

I had Hafiz in mind because I was interested to see how he would depict the concept. I think it was probably the piece I have been most looking forward to because I myself could not imagine its aesthetic visual representation. I often do this even though I suck at anything related to creating art. I like to imagine that I am thinking like an artist even if I am not one. A bit of harmless self-fooling.

As usual, I was not disappointed with the piece. Hafiz took his time with this piece. After receiving the essay, he sent me a YouTube video about a Turkish fez maker – the last of this kind. I found it interesting because it gave me a hint about his work process. I thought the video fascinating. It’s below.

I love the darkness that surrounds the fez and golden suitcase. It hints at the ambiguity and potential sordidness the ideas those items symbolize are likely to be subjected to. Even better, I love how the picture itself is cut up, disjointed, and ill-fitting: it is just how I imagine the concept to take to Malaysia – corrupted, uneasy and awkward. Hafiz captures my thoughts and feelings towards such an honour as I expect it to manifest in Malaysia.

The quote in the conversation bubble injects me into the piece and if there was any doubt about my sentiments about this idea, that should be patently clear by the time you are done with your viewing.

1 thought on “Agong’s Counsel | From the Atelier”